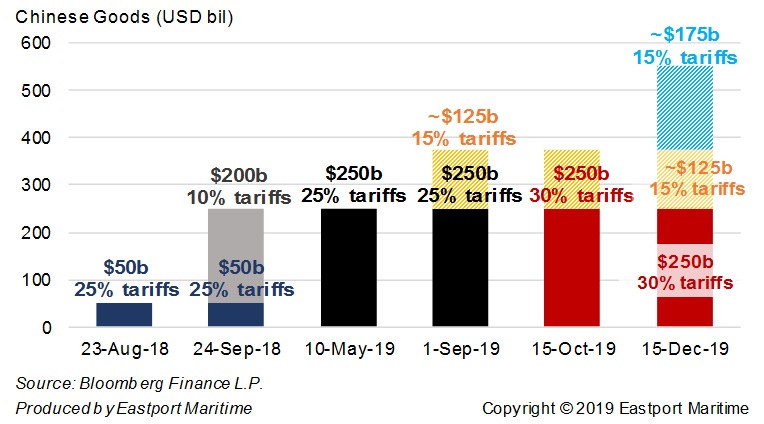 Both China and the US are making conciliatory moves ahead of expected trade talks in October. China announced on Wednesday that some goods would be excepted from 25% tariff implemented earlier this year (methanol and some other chemicals are still subject to the levies). Trump subsequently declared that a scheduled tariff hike from 25% to 30% on 1 October on USD 250 billion of Chinese imports would be delayed by two weeks. China may also allow renewed imports of American farm goods, according to sources (Bloomberg). The markets welcomed the goodwill gestures, with the S&P 500 Index climbing 0.7% on Wednesday. A removal of trade barriers between the US and China would stimulate growth on both sides of the Pacific Ocean, supporting petchem cargos and demand for tonnage. However, leaders in both Beijing and Washington face considerable political pressure not to make concessions in the on again, off again negotiations.

Get in touch with us and know how we can help.